What I Did On My Summer Vacation.

I went to Oregon.

Yeah, I know. It doesn’t sound like the most exciting place to vacation. And it’s technically not summer anymore. And doesn’t it rain a lot in Oregon? Isn’t it cold? The answers are “usually” and “sometimes.” The attraction of traveling to the Beaver State was admittedly selfish: I was born there, and lived there until I was 11. And, aside from a very brief Amtrak ride through the state in 1991, I’ve never been back. The thought of revisiting some of the places of my childhood memories and experiencing some new ones was an attractive proposition. Gettin’ back to my roots and all that jazz. Thankfully, Jessica was on board with my eclectic choice.

So how did reality stack up to my romanticized memories? Basically, Reality pointed and laughed at Memories and then turned the key in the ignition and ran me over with the Awesome Bus. Oregon is more beautiful than I had ever remembered it to be. 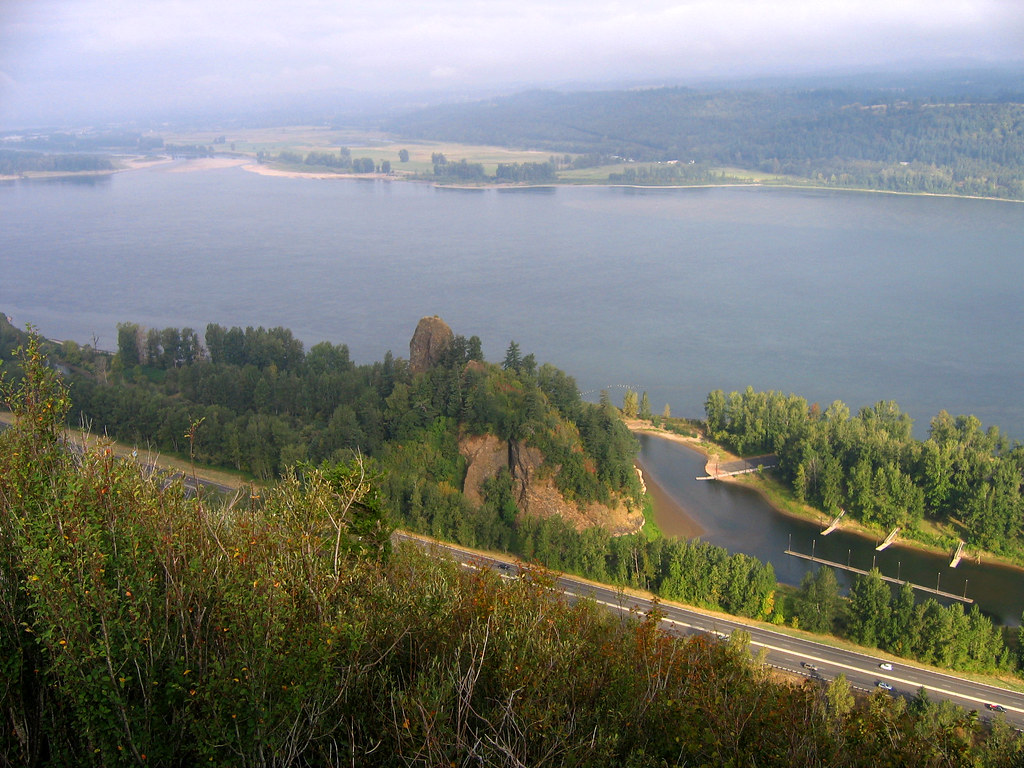 Our first day was spent driving the Historic Columbia River Highway and the Mount Hood Scenic Byway. Our primary destination that day was Multnomah Falls, but we happened upon numerous other waterfalls along the way. Latourell Falls and Bridal Veil Falls were much more intimate and solitary experiences than the tourist-laden destination that is Mutnomah, but Multnomah was certainly the most spectacular of all the falls. Despite the region’s predisposition for rain, we enjoyed a cool, sunny day. The narrow two-lane Historic Highway sits high above the new highway and was a chock full of vantage points, parks, and lesser waterfalls. 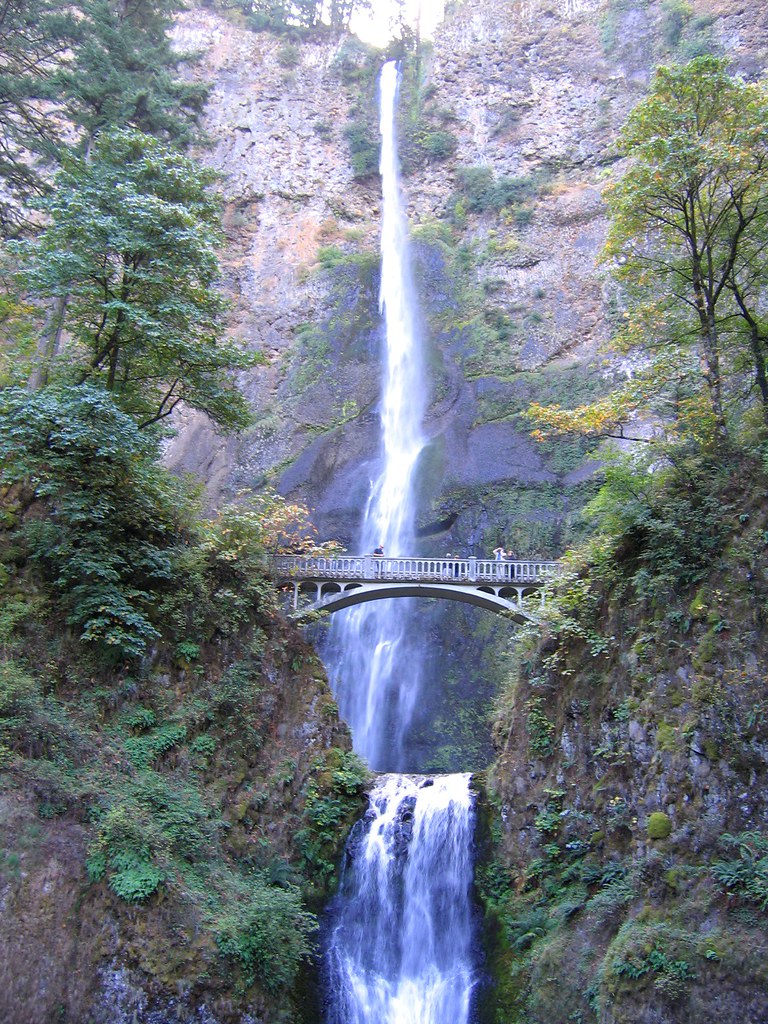 Multnomah Falls was massively high and wonderfully scenic. At the risk of sounding overly cheesy, it looked like water falling out of the sky. After hiking back down, we went into the small museum and were humbled by the scale model of the mountain the Falls run off of; Multnomah Falls, in all its huge cascading glory, is no more than a small trickle dripping off the skirt of a gigantic mountain range. 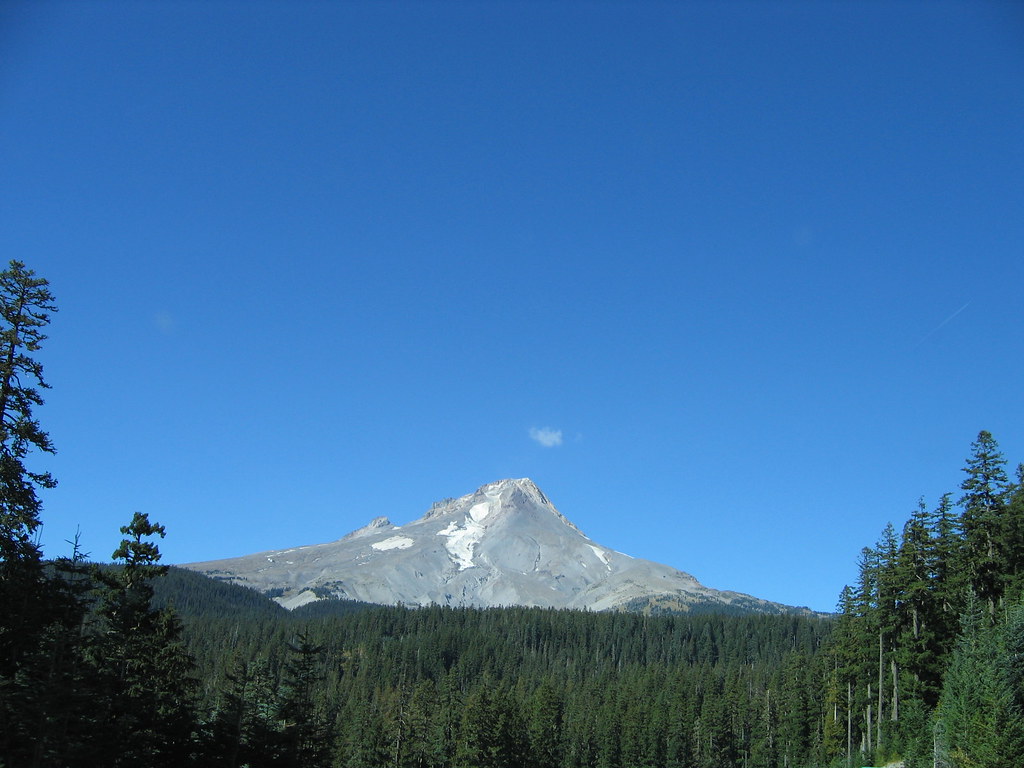 After a fantastic salmon lunch high on a scenic deck at the Three Rivers Grill in Hood River, we started our drive around Mount Hood. It’s like this: you’re driving down this scenic highway, and it’s real purty. Oooh, look at the lovely trees. La-dee-da. And then BAM. You come around this bend and Mount Hood slides out from behind the trees like a 11,249 foot sno-cone and your jaw drops because it’s just that big. It just towers above everything. Maybe I just geeked out because I now live in a state with zero mountains, but it was a pretty amazing sight. 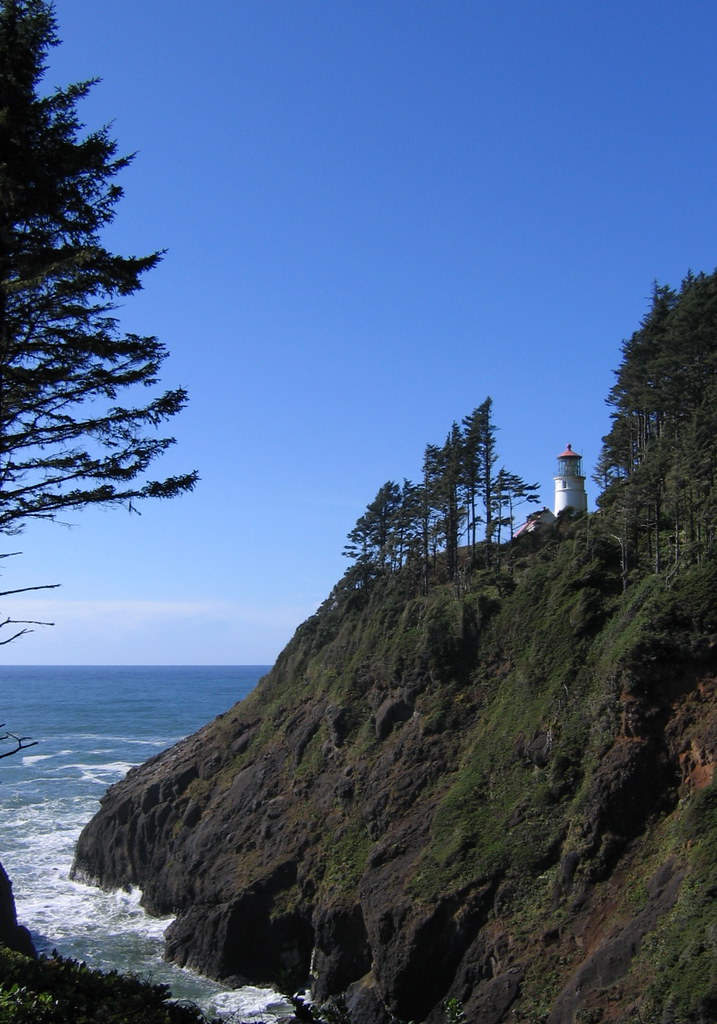 We also spent 2 days along the Oregon coast between Newport and Florence. When I was a kid, our family had some property outside of Florence that made for a pretty sweet campground. Though I believed I had a fair amount of familiarity with the area, I had to concede, once there, that there was much more that I never knew existed. Like lighthouses. The Oregon coast, in fact, has a lighthouse every 40 miles. We were able to visit the Yaquina Head and Heceta Head lighthouses, both of which offered spectacular views of the coastline. And — for the curious — yes, we did try and wade into the water. After about 10 seconds, we couldn’t feel our toes. I pity the fool who falls into the ocean, because that sucker is cold.

Nevertheless, our sojourn along the coast was sunny, cool and besieged by light rain only a couple times in the early morning hours. Boy, were we lucky. 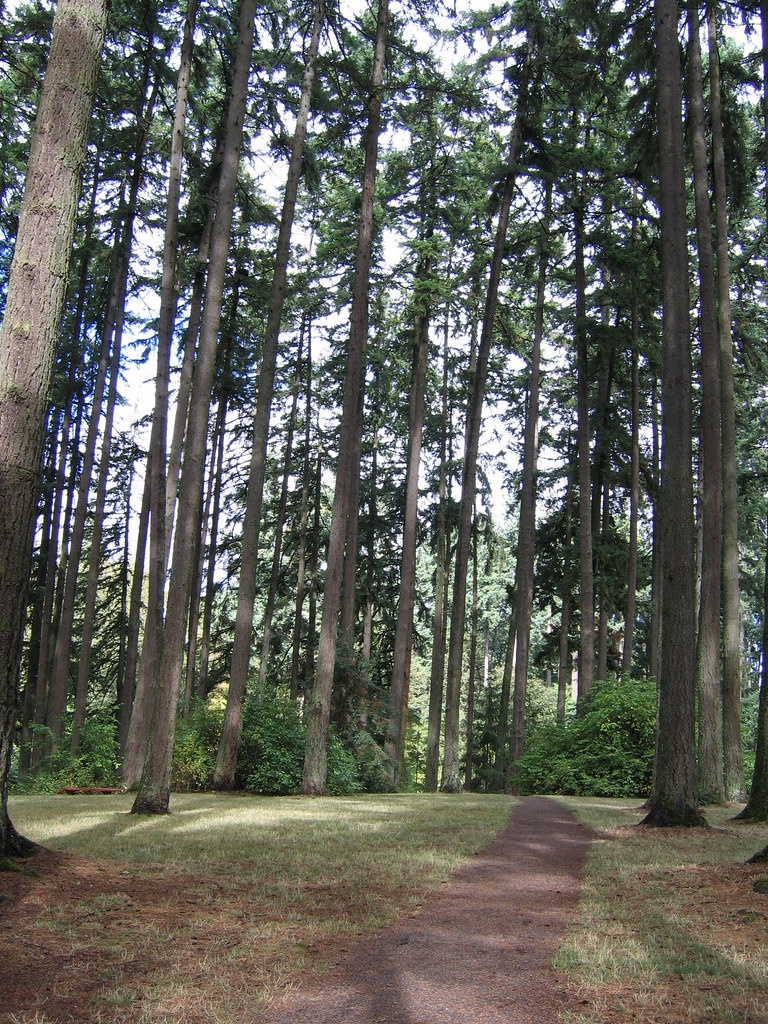 Eugene, Oregon is where I was born and grew up as a kid, and it was conveniently located right between the coast and our next destination. It was equal parts disappointing and surreal to revisit all the old places I remembered. Much has changed (and not always for the better), but such is the cost of progress, huh? Parks got newer, generic playgrounds, old homes were invaded by college kids, and the coolest pizza parlor in town willingly stripped all the charm and personality out of it till all that was left was a lifeless husk for kids’ birthday parties. Nevertheless, it was fun (if not painful at times) to take a trip down memory lane and remember how things used to be.

We wrapped up our Oregon adventure with a risky outing to Crater Lake. We knew the forecast called for rain, even in the weeks before we left home, but decided to include it in the itinerary anyways. It’s one of the most unique places in the United States, and it seemed foolish to travel to Oregon without seeing Crater Lake. 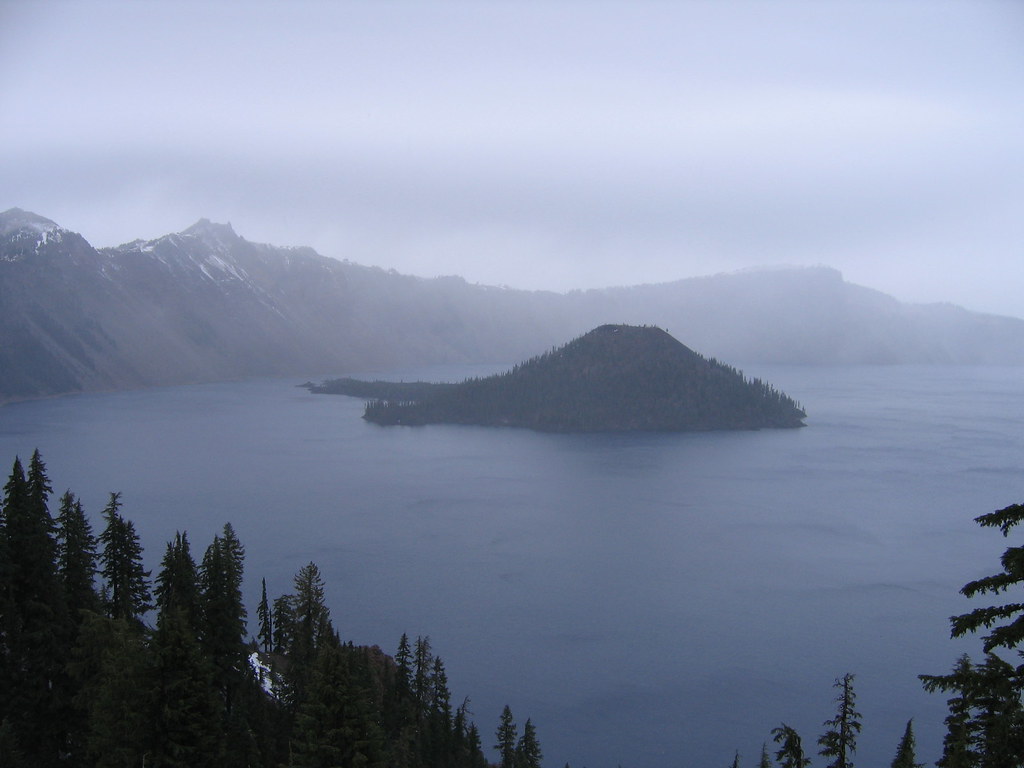 Well, we did see it. For about 20 minutes. As we ascended the steep slopes, it started to snow. By the time we reached the rim, we had about 10 minutes of visibility before the whole bowl went white. Naturally, I insisted on driving up some winding roads with no guardrails, hoping to catch a break in the snowfall. And we did, for another few minutes, until the snow came back with a vengeance. I thought it was fun and beautiful, but Jessica (more sanely) insisted that we slowly get off the mountain before we ended up taking a fiery, Michael Bay-esque spill off the road.

It’s good to be home.

Friends, home-cooked food a familiar bed are all great things to come back to, but I’d be lying if I said the thought of quitting my job and becoming a forest ranger didn’t cross my mind at least once.

Or a couple dozen times.

As far as I’m concerned, Oregon is the most beautiful state we have.